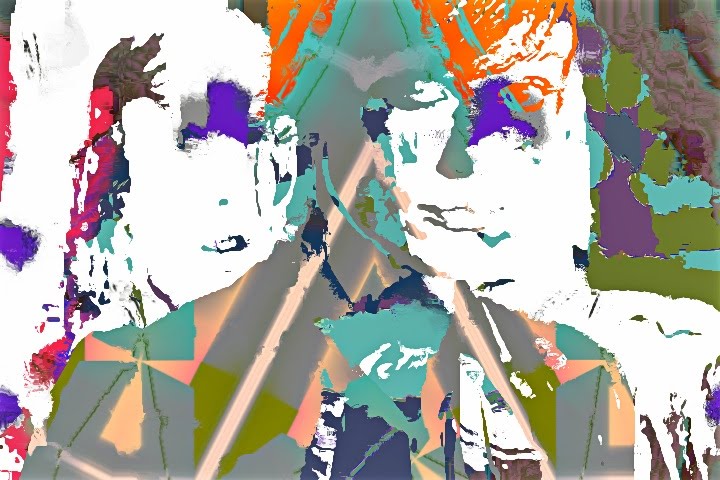 Gallery Show is a cool new feature in version 4 that allows you to build custom free running art shows or automatically generate an infinite range of new presets and/or art images. Gallery Show has been significantly enhanced in version 4.02, including the new Current Factory and Mutate Current Factory techniques, some additional paint draw options, and the new auto mask options. Two different folders of presets can now be used simultaneously to build customized gallery shows.

Paint Action Sequences can also now be mutated during gallery show runs or via new evolution command links in the integrated help browser. The image at the top of this post was created during an automatic gallery show run based on mutating factory presets. The range of different potential artistic effects that can be created by customized or factory mutated gallery show runs is simply amazing.

The Vectorizer includes a number of new features for the image, shape, and outline techniques as well as some new coloring options. Some additional speed enhancements were also added to the shape technique in addition to a wider range of potential visual effects.