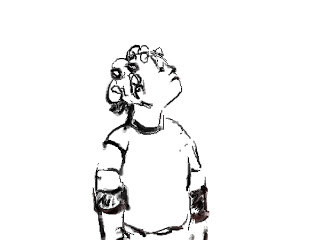 We often focus on Studio Artist’s automated paint animation capabilities, but you also have the ability in Studio Artist to do extensive hand drawn paint animation if you so desire. Sharon Katz is an animator and graphic artist based in Canada who’s been using Studio Artist to create hand drawn animated films. Her most recent film ‘Slide’ is the winner of numerous awards and has been screening at a large number of international film festivals over the last year, including recent showings at the Dawson City International Short Film Festival and the Ottawa International Animation Festival. Sharon designs her own custom paint presets and then builds up animated sequences frame by frame using Studio Artist’s loaded canvas movie features.

You can learn more about Slide as well as check out some excerpts of the film at Sharon’s web site.