Symmetry can often be used as a powerful component of a given artistic image. This is true because there is a hard-wired component of the visual system that recognizes and perceives symmetry in an image before we even become consciously aware of that fact. Christopher Tyler at the Smith Kettlewell Eye Institute in San Francisco has done some experiments with FMRI imaging of viewers brains to research the neuroscience behind this perceptual phenomena.

So, there’s a reason rooted in how people perceive images in their brain’s visual system that explains why the use of symmetry in a piece of art can be so compelling to an observer. This is perhaps not surprising given the fact that many animals have some form of bilateral symmetry in their bodies. Other psychological studies have shown that facial symmetry has a big influence on the perception of beauty in a face.

Of course there’s another way to approach this powerful perceptual tool, which is to create symmetry and then break it in some way. The brain is also hard-wired to perceive change in an image, and seeing something unexpected can cause other parts of the brain to light up in FMRI experiments. 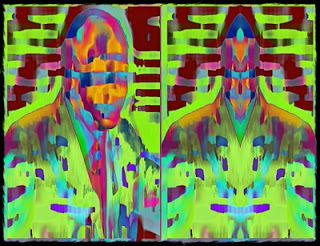 Breaking symmetry can be an on-off kind of thing like in the example shown above. Or it can be more subtle. This next image was created using MSG, and the broken symmetry in the abstract image gives it a much more organic quality. 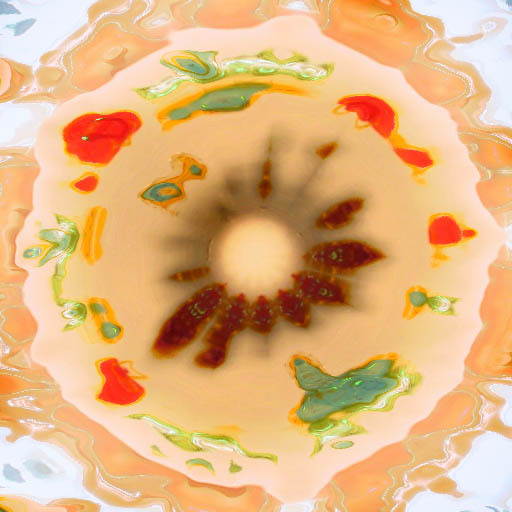 There are a number of different techniques you can use in Studio Artist to create and break symmetry. Interactive warping is one easy way to quickly create various symmetry and kaleidoscopic effects. Try using the Translate warp twice on an image in the Studio Artist canvas and you will see what i mean. There are many different Interactive Warp effects, and experimenting with them is the best way to learn what is there and how to use it effectively in your work.