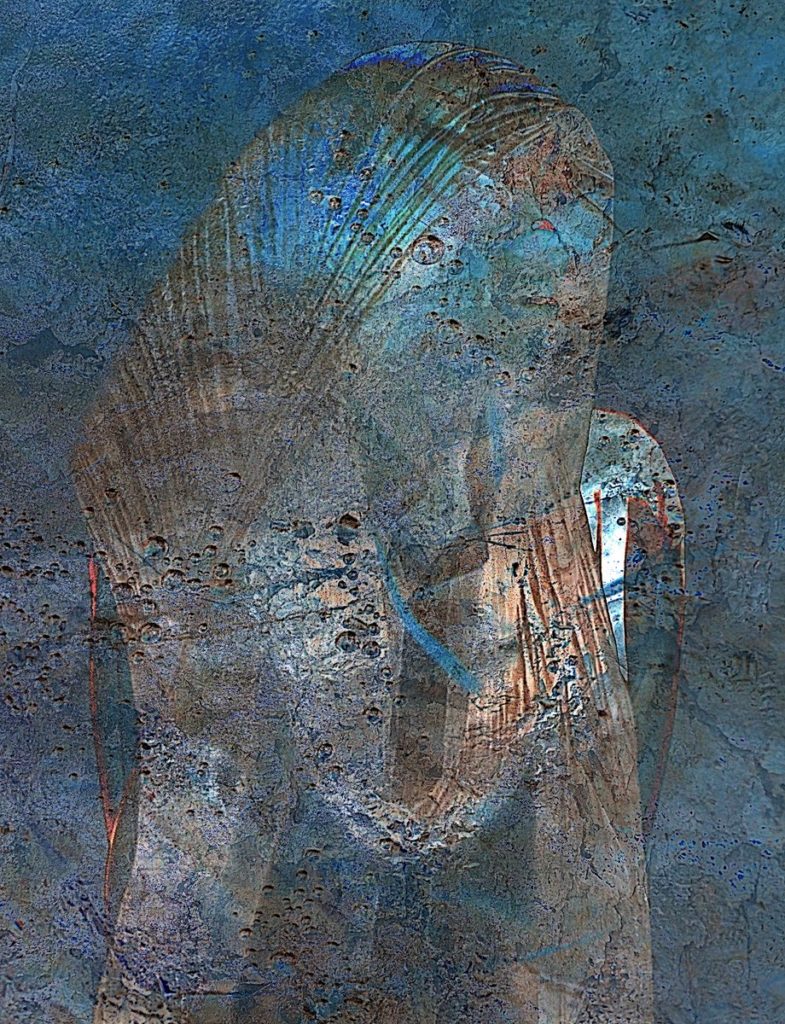 Studio Artist user Dennis Miller recently corresponded with me regarding a new project he’s been working on. It involves a variation of a technique i’ve also recently been exploring, one i call stack filtering.

Dennis spent six months in Africa this spring he chronicled in his trip blog, primarily in Ghana, but he also spent some time traveling in Mali. Dennis’s project involves taking a series of photographs from his trip to Mali, all men’s faces, then mix/merge/blend/stack/compositing them with other photographs of various elements from the Mali African culture. Those could be images of a sandy yard, brick wall, cloth pattern, etc. Dennis is working with Studio Artist to do some of the compositing and image processing, but has also been exploring with merging disparate images using HDR programs.

For those of you unfamiliar with the terminology, HDR stands for high dynamic range. There are a number of different software programs that can be used to combine multiple exposures of a single scene into a high dynamic range image. So you expose one image for the shadows, another for the highlights, etc, then combine them together to create the HDR image.

Now the whole point of my portrait virus mutation project involves stack filtering sets of disparate images using time based temporal processing algorithms. Even though the images being processed are not successive frames of video, but are arbitrary stacks of images. If the stack terminology throws you think of the stack as being a folder of images. Dennis is doing something very similar with his approach of subverting HDR image recombination algorithms by feeding them disparate imagery rather than multiple exposures of the same scene.

Dennis was very influenced by the cultural influences of Mali, very different than what he was exposed to during his stay in Ghana. “We were struck by this amazing environment, with its traditional colors (indigo is a natural dye that is used in many styles of art work), the browns and yellows of the landscapes, the abstract patterns in the weaving, the Muslim architecture (the mosque at Jenne is the largest all mud building in the world and nearly every town we visited had its own “replica”), the many, many ethnic groups (Fulani, Bambara, Taureg, etc) and each of cultural icons… So many factors and such a rich experience.

I took a bunch of pictures during the trip and when I got home, I decided I would do a “photo art” series using a number of men’s portraits blended with images of the different cultural elements, be they simply the indigo color, the texture of a brick wall or a mud mosque, a weaving pattern of a certain ethnic group… you get the idea. I also wanted to partially obscure the faces to indicate some of the mystery and remoteness of the people.. such was our experience.”

Dennis’s plan is to put together a series of 10 final images for presentation at a variety of venues. He’s also interested in exploring some less-common printing methods to create the final images for exhibition. So it will be fascinating to see how his current stack filtering project evolves.