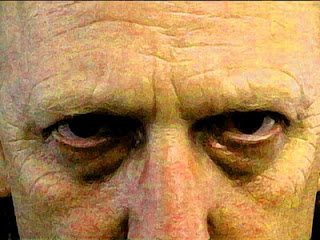 Studio Artist user Michael Wright is one of the pioneer artists mentioned in a recent article by new media art historian Patric D Prince in the spring 09 issue of the ”Art Journal” published by the College Art Association. The Prince article “Imaging by Numbers: A Historical View of Digital Printmaking in America” is one of three features dealing with early digital art making covered in the spring issue of the “Art Journal”. Wright is quoted and his late 90s image “I, Be, Am” is displayed.

Michael is a professor in the Digital Media and Liberal Studies Programs at Otis College of Art and Design in Los Angeles. He began to explore Digital Media in the mid 1980s on an Amiga computer, and has been a big Studio Artist user for many years.

I really enjoyed Michael’s Portrait Virus project that he had running at Siggraph for several years. Michael used Studio Artist’s iSight source mode to capture a video image of a person visiting the Siggraph Guerilla Studio on the fly and then used Studio Artist to generate a painted portrait of the captured video frame. These images were then printed and mounted on the wall of the Guerilla Studio to create a larger composite mural of the individual portraits created over several days, as seen below. 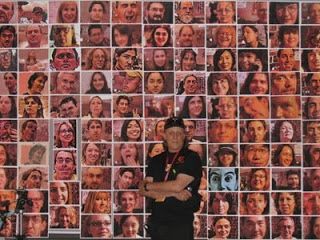 Here’s a close up of some of the individual paintings. 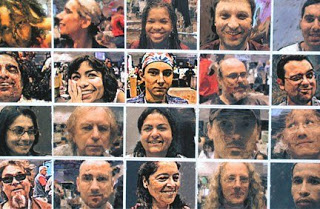 I’ve always wanted to generate a movie brush using the individual portrait virus paintings and then do some photo mosaic portraits based on that movie brush. Maybe I can convince Michael to do that for LA Siggraph next summer.