The Making of Truth Blues 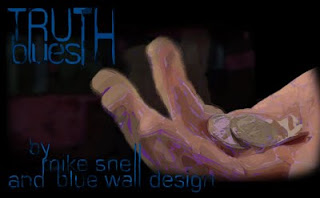 Truth Blues is an award winning independent short film made by Studio Artist user Mike Snell of Blue Wall Design. The film showcases some really creative ways to incorporate Studio Artist processing into an animated film that go way beyond the normal process the entire video frame in one pass approach that is typically used. I recently spoke to Mike about the making of the film. 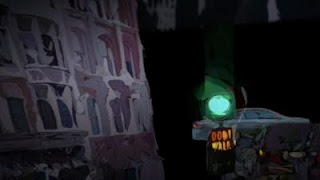 “As far as the workflow went– It is a mix of roto-scoped HD video, Photoshopped stills, 3D animated objects and green screened people.  The primary tools were Shake, Motion, Final Cut, Color and of course Studio Artist. I tried many, many variations in the Studio Artist Paint Action Sequence (PASeq) Editor to get to the look I was shooting for.  That is one of the features I truly love about Studio Artist.  You can build up effects and try many variations and then delete, double-up, tweek or add yet another pass all within the PASeq.

I have found that your software has given me a bit of an edge in a market that often kicks out things that look just like the things the guy down the street kicked out.  After running each individual element through a Studio Artist PASeq I then composited everything in Motion adding camera moves, depth of field etc.” 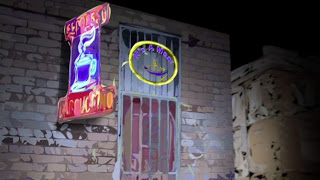 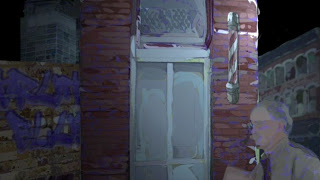 A different approach that would have a very unique aesthetic look unlike any other compositing program would be to run multiple passes of alpha matted or green screened source elements through Studio Artist while painting into a master composition movie file. The PASeq would be constructed so that paint strokes would only occur starting from within the matted source elements, but could then spill outside of the original matte boundaries.

Mike also pointed out a killer feature of Studio Artist, which is that it is an environment for creating an endless variety of custom artistic effects. So when you buy Studio Artist you aren’t just getting a set of canned stock effects that everyone in the universe is also using. You’re getting the ability to customize and tweak to your hearts content. Either to modify existing effect presets, or to create amazing new effects no one has every seen before that have your own custom signature or aesthetic look. 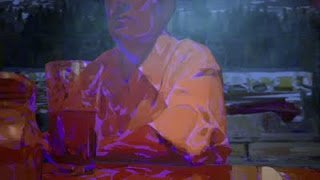 I think that Mike achieved this with the overall look and feel of Truth Blues. It definitely looks like Studio Artist, but at the same time he has stamped his own personal vision and artistic aesthetic on that Studio Artist look and made it his own.

Make sure to look for Truth Blues at a film festival near you. You can lean more about Blue Wall Design here.