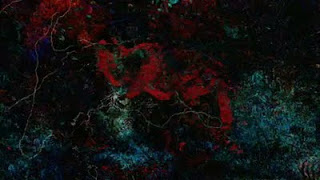 “Lilac shrieks and scarlet bellowings” is the result of a collaboration between Studio Artist user Jean Detheux and Mikel Kuehn. It will be shown at the Eastman Computer Music Center in Kilbourn Hall in Rochester New York on October 9th from 8 to 10pm. Jean also has another film entitled “L’ceil écoute” that will be shown with a live score by Pierre Jalbert at Zilkha Hall, The Hobby Center for the Performing Arts, in Houston Texas on October 10th from 7:30 to 10pm. Both of these showings are part of associated visual music events in the respective cities. For more information, check out this Rochester link and this Houston link.

Two additional films By Jean, Shade Lost and Shade Recovered, were selected by the “Seeing Sound” event in the UK on September 19th in Bath. For more information on Jean Detheux’s work check out his web site here.