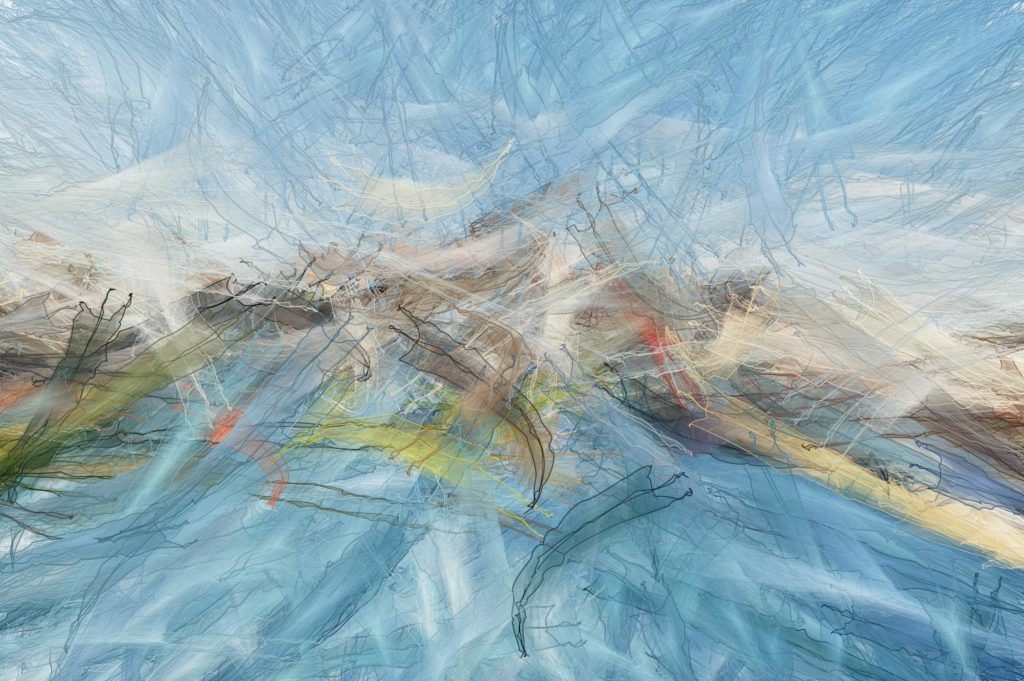 Gallery Show is a new feature available in Studio Artist 4. You can use it in many different ways. The basic idea behind gallery show was to provide a way to put together customized continuous free standing generative art shows within Studio Artist. You can build custom sets of Studio Artist presets that either work as stand alone artistic imaging effects, or that work in combination to build more complicated visual processing over time. Gallery show will then work with these custom presets in a variety of different ways to generate a series of random processed images over time.

The original focus of gallery show was to provide free running generative art functionality for usage in an actual physical art gallery, or perhaps in a digital picture frame driven directly from Studio Artist. But once people started using gallery show it quickly became obvious that there were a lot of other potential uses beyond the initial idea for a free standing customizable art show.

Using Studio Artist’s movie stream features, you can stream a gallery show output to either a movie file or to a folder of images. Each frame in the resulting movie (or image file if outputting an image stream) is a unique art image generated by the gallery show processing. Some people run gallery show unattended, and then cull through the resulting output after a few hours looking for ‘keeper’ images. So gallery show can be used as a way to automatically generate new artistic images.

Once we realized that there were many different unique ways to work with gallery show we started to enhance it to support some of these new uses customers discovered over time. Gallery show can now mutate or evolve existing presets to construct new ones during a gallery show run. So you are no longer limited to just working with existing sets of prebuilt presets. Gallery show could also be automatically generating unique new effects on the fly while it’s running.

The notion of preset randomization was also extended to allow for arbitrary random effect generation for specific Studio Artist operation modes. This can be really useful to help understand the range of possible effects a given Studio Artist effect can generate.

I use this feature often by working with the current image operation effect and seeing what new kinds of visual effects pop up during the gallery show run. Working this way with specific ip op effects, or with the vectorizer surprised me by turning up new visual effects i was not even aware of, based on parameter adjustments or combinations i had not really delved into before.

There are a vast range of potential visual effects that Studio Artist is capable of generating, and automatic exploration tools like the new gallery show features are a useful addition that can help you explore all of the interesting nooks and crannies lurking within Studio Artist.