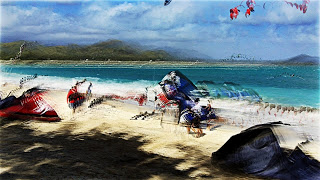 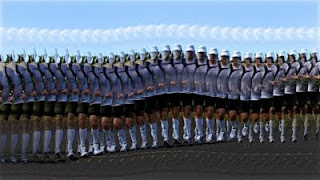 Each output frame generated by a Temporal Image Operation effect is based on multiple source video frames. A user can adjust the time window (or number of frames) used for temporal processing when editing a custom temporal effect preset. The time window could be just a few frames or it could be the entire video sequence depending on what kind of effect you want to create. 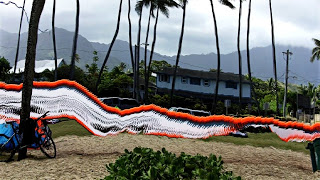 Temporal processing effects can be used to encapsulate video motion occurring over time into a single static image. 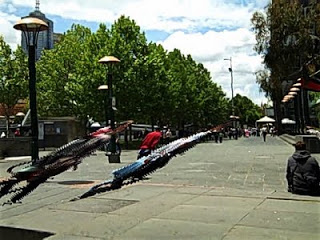 Video pans can be turned into single static panorama images. The temporal scan tracker effect panorama example below was generated from a source video sequence taken out of the side window of a fast moving car on Maui.

The panorama image below was generated using a temporal slit scan effect processing a short video pan taken from a rotating single position in Honolulu harbor.

Motion in source video sequences can be perceptually slowed down, speeded up, accented or removed in a processed video output file. 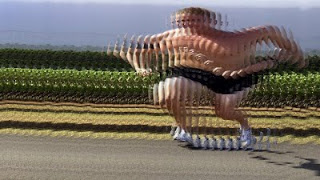 One interesting temporal effect is to rotate the time axis in the video so that what was the passage of time becomes horizontal or vertical spatial movement in an individual frame. This can be used to extract moving objects from a video sequence while removing the non-moving background detail. 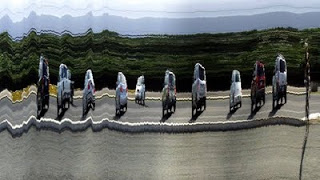 Time axis rotation can also be used to generate abstract images where the individual object movement over the course of the video sequence shows up as trails or tendrils in the static output image. 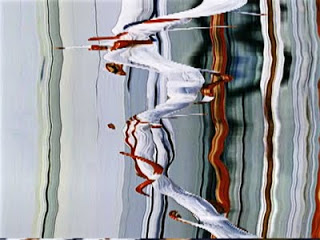 Another cool alternative use of temporal processing effects is called stack filtering. Stack filtering works by using temporal ip ops to process a series of individual static images that are not sequential video frames. The example below shows some temporal stack filtering applied to a set of face images. 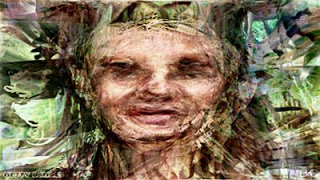