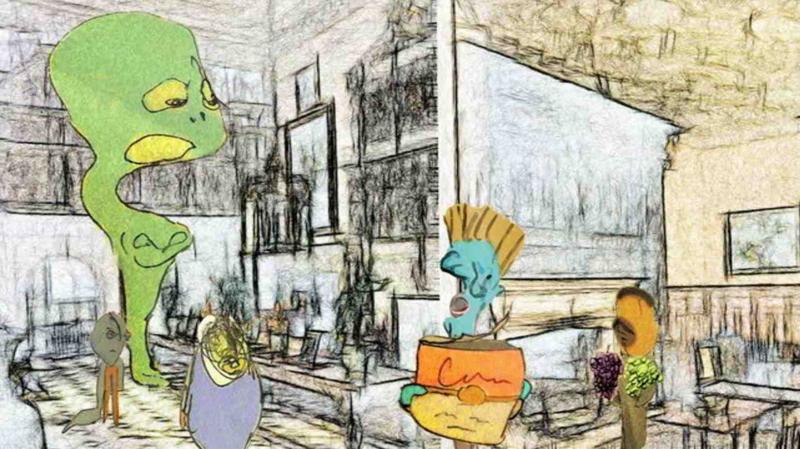 Studio Artist user Garrick Duckler has just released a series of Studio Artist generated films on Caversham Productions called “Presenting Problems.” Garrick is a psychotherapist, and his films are directed at ways of thinking about, discussing, and understanding various problems presented in and as a result of therapy.

Studio Artist was used in the process of three of the short films in the compilation “Presenting Problems.” In “The Eskimo,” Studio Artist was used in creating the arctic landscape by shooting a live actor who was then rotoscoped and (with the help of particular types of eraser tools) given a frozen tundra atmosphere to inhabit. In “At the Movies,” old movie stills were doctored using image processing in order create a various registers of flatness and depth put together in a manic-paced collage. In “The Grudge,” hand-drawn characters were rendered using image processing and then placed against Victorian and Edwardian interiors using paint and texture synthesizers, giving the movie a Gothic setting but one which is populated by a host of monstrously neurotic characters.

The movies have been widely popular and have used as discussion pieces for training psychotherapists as well as enjoyed by people who just enjoy thinking about psychological questions. To find out more, please visit: www.presentingproblems.com