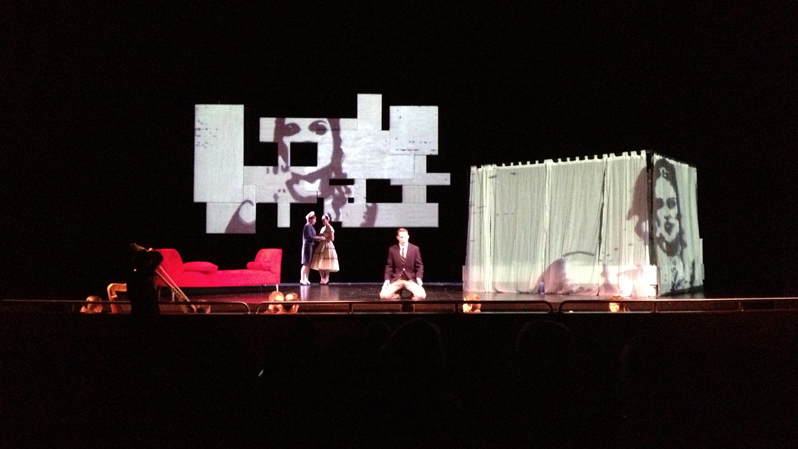 There is a new article in the current issue of Stage Directions by Studio Artist user Lucas Krech on ‘Creating Pop Art Animations for a Production’. Lucas discusses how he used Studio Artist to generate custom pop-art style animations for the West Edge Opera’s 2013 production of L’Incoronatzione di Poppea. The production re-envisions the late Renaissance period opera in an alternate history 1962, where Nero and Poppea were conceived as JFK and Marilyn Monroe leaving their respective Jackie and Joe in the dust.

Lucas drew heavily from the work of Warhol and Lichtenstein for his visual research and inspiration for the production of the opera. He wanted the images of Poppea herself to be Warhol-esque silkscreens. By working with auto-rotoscoping in Studio Artist using custom paint action sequences that he designed, he was able to create a variety of stylized visual animations to be used in the performance. All within his limited budget for the show. 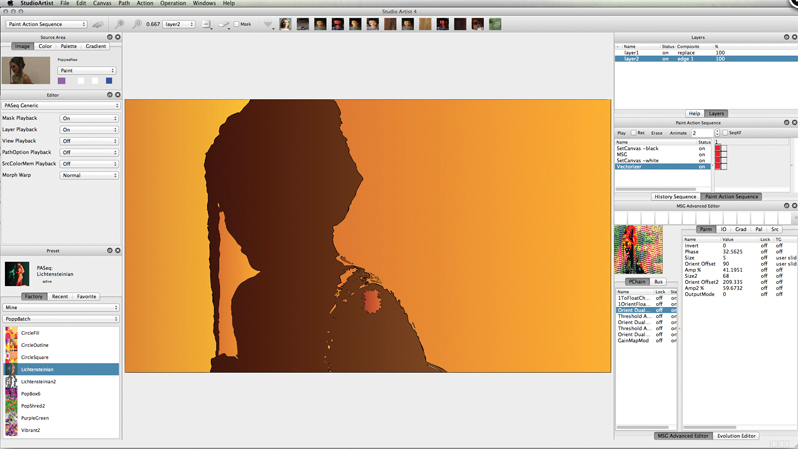 Lucas had this to say about the advantages of working with Studio Artist for creating visual effects for use in live performances.

“Building Paint Actions Sequences with different painting tools created different pop art looks for different scenes and characters, all of which was then auto-rotoscoped into several hours of animated video projections. Thus, someone with middling drawing skills was able to create custom animations in the style of 1962 pop art. The same could, of course, be done for Rembrandt, Van Gogh, Matisse or whatever your production requires. I did a dance piece a while back with animated Renaissance style oil paintings as projections for example. This is a far superior solution than a typical “comic book effect” or “oil panting filter” in traditional video editing software, as it can be uniquely tailored to the needs of your production.”

Lucas discuses his workflow for creating the visual effects for the performance in depth in the article. You can read the article online here.