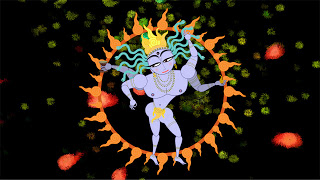 Nina Paley is a long time Studio Artist user who has a new animated feature film premiering at the Berlin International Film Festival next month. The film is called ‘Sita Sings the Blues’ and is primarily done in Flash, but there are a few minutes of Studio Artist animation integrated into the film as well. You can learn more about ‘Sita Sings the Blues’ at www.sitasingstheblues.com.

Nina was one of the very first Studio Artist beta testers in San Francisco from before Studio Artist was even released. Here’s a link to the official site of ‘America’s best-loved unknown cartoonist’. Nina’s films are always really great and you should make a point of checking out her latest work when it hits the festival circuit, or perhaps pick up a dvd or a signed art print when they are available here.